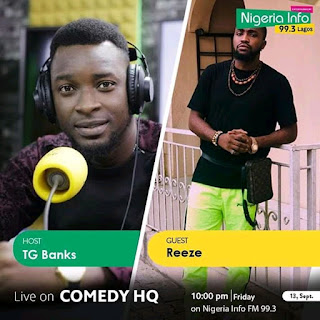 The world yet they say is a small place and yet again this further has been proved as Top Entertainers who Made it to the Entertaining
Tops in University of Benin once again join force in supporting each other.

Hip Hop Performing Artiste, Reeze who has undoubtedly been on a steady rhythm and run in his career path after signing to Oaky Records, During his Radio Promotion of his recent Single titled 4U Featuring Vidarr, Linked up with one of the most Entertaining and Top Comedians to Kick it in his Era and Time in University of Benin - TG Banks, who at the moment works at Nigeria Info 99.3fm.

Both parties did share anticipation section of their link up at Nigeria info 99.3fm, where Reeze was scheduled to be guest at Comedy HQ, A programme anchored by TG Banks which helped on Friday 13.

After a successful link up, Both Parties shared pictures of them together and it was quite all smiles as both has in one point found out to be of support to their arts and goals.

Truly it doesn't end in these four walls, we do wish for them the best in their endeavours. 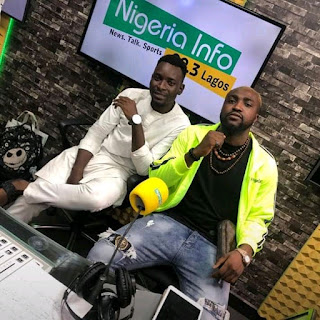