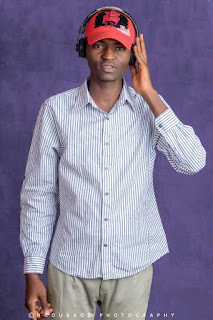 Overdue with his responsibilities, he's remarkably one of the insiders whose elements are always
not ultimately foreseen to the crowd and audience but digging deep, there's a lot of work being placed and easily noticeable carried out by The said Entertainer, Disc Jockey and Event Planner, Popularly known as DJ URCH.

While a lot of stories easily guessed would be assumed to be related to his skills on the deck, we however would have to let you in on a more confidential and factual discovery that his impact greatly has been felt in the introduction of a platform knowing to have been responsible for the most hyped up and eventually the biggest parties ever held in University of Benin, and that's no other Brand than DopeThrone Empire.

(We would save the details of DopeThrone for later)

So Yes, His impact also span across being healthily available to ensure the growth of Entertainment overtime, and surely, we can't but insist that his presence is highly significant and one to be appreciated at all cost.

Via The Critic Circle