Entertainment: Get to Know More About Khan (See Details) 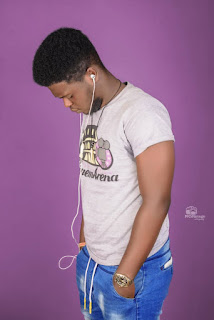 Being in the week of Exposure, The Critic Circle with the team of representatives from University of Benin,
met with a very Talented Individuals during The Weekend,  Egbobawaye OvboKhan Kelvin popularly known by his stage name, Khan, A Musical Talent, Recording and Performing Entertaining Artiste hails from the city of Benin who also double up as a Student of the university of Benin majoring in Agriculture and Crop development Science.

During The Conversation, he gave a lot of good revelation about himself, read below.

At first it was just in the shower and in my alone time, but once word got out, my friends immediately motivated me to start up something. I am surrounded by critics and I am a critic myself so I usually produce my art meticulously.

I started music officially in 2018 and I believe I still have a long way to go.

One of the reasons am confident in my sound is I know you'll love it, Probably because if my love for "Gbedu" type and "Lovey lovey" type music which I know my Naija family appreciate.

I feature in sound genres like Afrobeat, Highlife and trap periodically.

Listen to "FOR MY HEAD" by Khan, if you dig it, support me on social media and everywhere else.

Even if you don't like it still support me still.

Khan is awesome, would you agree?