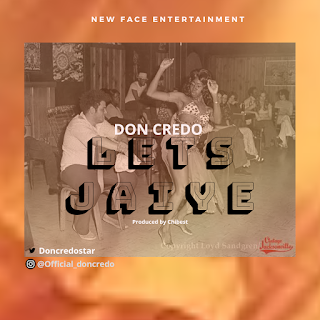 Afro High Life Singer, Afro Pop Artiste, Undergraduate and Entertainer, Don Credo Star
who is getting ready for his concert has announced he would be delivering his best to entertain his fans.

He puts out one of his anticipated single titled LETS JAIYE.