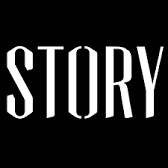 Barry used to travel a lot for his work, especially to Livingstone and sometimes abroad. I didn't
have insecurities about my fiancés  travelling because he loved me and that was all that mattered.I never for once felt like I was walking on eggshells! Besides, all the preparations had commenced and in full force. Both the venues for the kitchen and wedding parties were paid for. My wedding dresses and bridal dresses were all bought, literally everything was ready and so we were just waiting for the proposed dates for our functions!
One fateful Friday evening which was a month prior to my kitchen party, my fiancé Barry came home and these were the exact words he uttered ''Imagine baby, my boss has asked me to travel to Tanzania for a workshop tomorrow, but I am not ready’’. I encouraged him not to go if he wasn’t ready especially that he didn’t have enough time to prepare, but he didn’t want to disappoint his boss.’’Honey, I am not happy that I am going to Tanzania, but the best part is these allowances will be of great help towards our wedding’’, he said.I hugged him and told him I was surely going to miss him; little did I know, that marked the end of our relationship!
After Barry left my place that evening, his phone was unreachable. I tried sending messages and calling him like we normally did, but to no avail. I just convinced myself that he was probably stressed about the trip and he needed rest. At least he found time in his busy schedule to come and say bye to me was my consolation!
Three days without hearing from him, got me worried! it was unlike Barry, something was definitely wrong somewhere.Barry always kept contacts every time he was out of town/country. Anyways, as patient, as the vulture I waited for the one week to elapse, so that he could come back from the trip.
Friday mid-morning, which was a week later I found a lot of missed calls from a private number, so I became delighted, thinking that finally Barry was trying to get hold of me. I held on to the phone so that I could not miss the call, but unfortunately the unknown caller never called again. At lunchtime,Stacy came by and she looked so disturbed. The good part was Fridays were usually half days for the both of us. I asked Stacy what the matter was, then she faked a smile and told me she had some news about Barry. I quickly cut her short and told her I found some unknown missed calls, when I had gone to attend the meeting. I further went on telling her that probably that was why he decided to call on her phone.. ''Girlfriend bring it on,I am all ears'' I told Stacy...