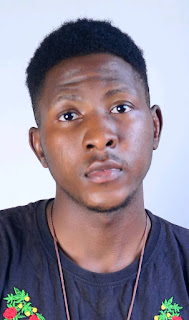 Sometimes it's beautiful to air your opinion on social, however sometimes it goes the other way and this is just another story for the  Undergraduate of University of Benin,
Singer and Performing Artiste who is known by his state name,  DINA REIGNS. 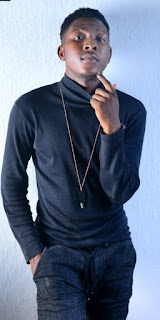 The Said Performing Artiste who recently dropped his single and currently still on promotion went on social to share an opinion of which he had.

By his tweet it seems Dina Reigns got into an argument that involved the comparison between KISS DANIEL and RUNTOWN, of which he decided to share his opinion on twitter.

Someway in an unlucky way, he did get the attention from the WOJU Crooner, KISS DANIEL and it seems the SUPERSTAR singer wasn't caught up with his opinion and did go forward to BLOCK HIM. 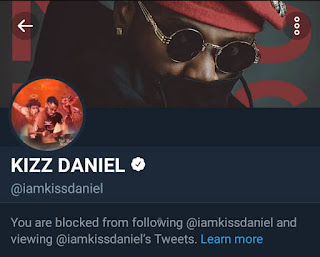 What do you think?
Did he go too far?