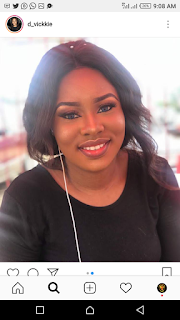 Earlier today, It went viral after BARRISTER OMOREGIE PRECIOUS @mychaskia Posted on her IG Story
calling out OMOSIGHO VICTORY (@d_vickkie) with accusations of stealing and having in possession the prize awarded by @HERAHAIR_NG for a giveaway of which the accused, Victory came out Second. 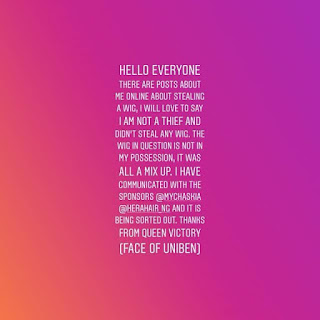 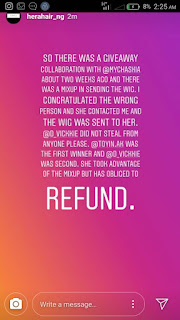 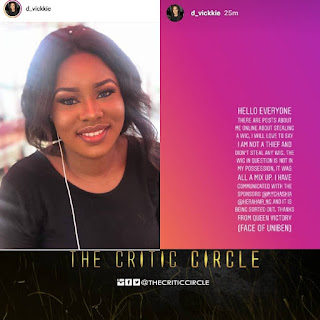 We still hope to having a Chat With FACE OF UNIBEN, OMONIGHO VICTORY (@d_vickkie) but however for now it is clear and Seen as She wasn't guilty of the Act Accused of.