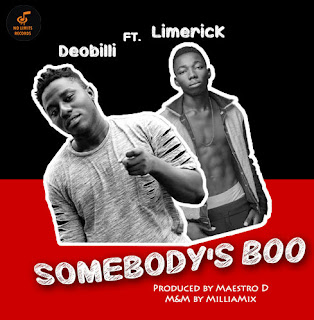 The Song Somebody Boo "Was Inspired by A friend who is in love with a girl but
she is already taken so he kind of had to be the guy praying they break up lol" he said.

The Single whose Inspiration pops a question and caught our attention is one of the few Singles Released This Week.