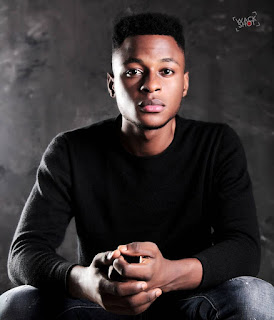 A List, Talented Hip Hop and Performing Artiste, HARRY CARTER definitely be stumping
on our radar for weeks and 5'we can't resist his steady growth in works and output, though he haven't laid down any single after his much and highly-rated single titled BEHAVE featuring REEZY, T KRAYNE and RETRO, he has definitely set our time to keep his fans abreast of his growth process with videos and synergy with MILLY KAY and SYDNEY TALKER.

Amidst been a better Artiste, The Ngimkhulu Crooner, Harry Carter showed off his heroic act when he stood in line to defend a model and Friend who had collaborated with KASHOPE a Benin Photographer in a Nude Shot. 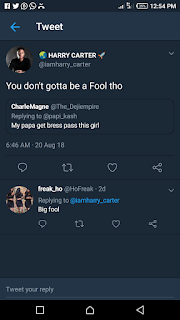