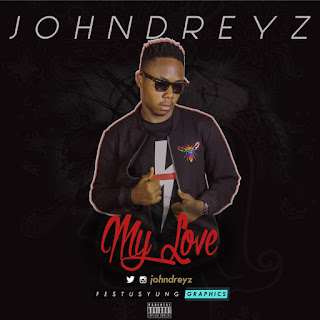 Singer, Songwriter, Entertainer and Performing artiste, JOHNDREYZ
who earlier released a debut single, JOLLOF is back on the scene with a new jam.

The Singer whose Song was also nominated by music lovers on UNIBEN TOP 7 MUSIC COUNTDOWN raised anticipation for this single and promised he's putting more work to his art and Growth is inevitable.

We can't say much about this, but would love to hear your opinion