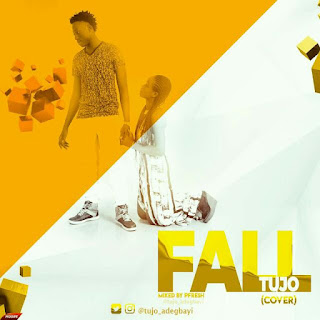 Tunde Joseph Adegbayi who is popularly known as Tujo is a talented recording
artiste
who was born and bought up in ajegunle,  (Lagos state) where he called the home of hip-hop and creativity. He started his career early in life in the midst of several hip-hop artistes in his residence where he joins them in collaborating alongside songwriting and discovers his talent. Tujo is currently an undergraduate in the great university of benin(uniben) where he contested at the just concluded the voice Uniben and was regarded by one of the judges as the best singer amongst the top ten finalist, he is one of the artiste on campus who strive towards an outstanding Gpa. He has several mentor in the industry in which Davido is at peak. After his last reigning n buoyant track "Gbesoke", he decided to relate his role models on board track(fall by Davido) to his current relationship status which he has attained as a reality today.